Amazon Is Not A Commerce Company | TechCrunch

Same-day shipping became the big retailer craze this holiday season. Why? As the New York Times points out, retailers are living in fear of Amazon.com and trying to match what the online retailer offers.

Innovation and where it comes from… Joining up the dots

Posted by Ian S on November 26, 2012
Posted in: Business Intelligence, Web Intelligence. Tagged: Apple, China, Clayton M. Christensen, Construction, Harvard Business School, Mexico, Pixar, Steve Jobs, structural, TechCrunch, Thailand, Toy Story, YouTube. Leave a comment
For this post I thought I would follow the advice from many of my previous posts and join up some of the dots therein. Where love conquers all and failure helps you innovate and succeed… by joining up the dots.

The minute I dropped out [of College], I could stop taking the required classes that didn’t interest me and begin dropping in on the ones that looked far more interesting.

I would walk the seven miles across town every Sunday night to get one good meal a week at the Hare Krishna temple. I loved it. And much of what I stumbled into by following my curiosity and intuition turned out to be priceless later on…

I decided to take a calligraphy class… I learned about serif and sans-serif typefaces, about varying the amount of space between different letter combinations, about what makes great typography great. It was beautiful, historical, artistically subtle in a way that science can’t capture, and I found it fascinating… If I had never dropped out, I would have never dropped in on that calligraphy class and personals computers might not have the wonderful typography that they do…

[Y]ou can’t connect the dots looking forward. [B]elieving that the dots will connect down the road will give you the confidence to follow your heart, even when it leads you off the well-worn path, and that will make all the difference.

How can you get fired from a company you started? Well, as Apple grew, we hired someone… to run the company with me… But then our visions of the future began to diverge… I was out, and very publicly out. What had been the focus of my entire adult life was gone, and it was devastating… But something slowly began to dawn on me. I still loved what I did… I decided to start over.

It freed me to enter one of the most creative periods in my life. I went on to create the world’s first computer-animated feature film, “Toy Story,” and is now the most successful animation studio [Pixar] in the world. Sometimes life’s going to hit you in the head with a brick… Don’t lose faith… You’ve got to find what you love, and that is as true for work as it is for your lovers… So keep looking. Don’t settle…

Remembering that you are going to die is the best way I know to avoid the trap of thinking you have something to lose. You are already naked. There is no reason not to follow your heart.

[D]iagnosed with cancer… the doctors told me this was almost certainly a type of cancer that is incurable… it turned out to be a very rare form of pancreatic cancer that is curable with surgery. I had the surgery and, thankfully, I am fine now… No one wants to die.. No one has ever escaped it. And that is as it should be, because death is very likely the single best invention of life… Your time is limited, so don’t waste it living someone else’s life… Don’t let the noise of others’ opinions drown out your own inner voice, heart and intuition. They somehow already know what you truly want to become.

Everything else is secondary… Stay hungry, stay foolish.

In 1986, inspired by the World Cup in Mexico, some kids in the village got the idea to start their own soccer team, despite the fact that there wasn’t an inch of soil to play sport of any kind on the island. A five minute short film recreates that experience, using local children to tell the stories recounted by members of the original team

Article can be seen here.

Big Data Needs an End in Sight | The Data Roundtable 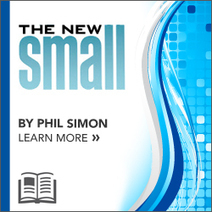 [V]ery few organisations are truly applying Big Data principles to their businesses. This is still pioneer territory. It’s fair to say the technologies are in their infancy (by traditional IT measures).

Editor’s note: Dr. Michael Wu is the Principal Scientist of Analytics at Lithium where he is currently applying data-driven methodologies to investigate and understand the complex dynamics of the social Web.

This week, Splice Machine raised $4 million to develop its SQL Engine for big data apps. MongoHQ raised $6 million for its database as a service. A third startup, Bloomreach, announced $25 million in funding for its big data applications.