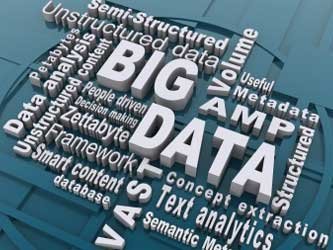 Growing demand for big data skills will see companies looking to outsourcing to plug the gap, presenting opportunities for India. But, it must first address several fundamental challenges.

Amazon Is Not A Commerce Company | TechCrunch

Same-day shipping became the big retailer craze this holiday season. Why? As the New York Times points out, retailers are living in fear of Amazon.com and trying to match what the online retailer offers.

VigiLanz tracking and infection control systems are in place in hospitals of all sizes and specialities across the country. Chief Technology Officer Adam Klass explains in this video.

Rob McEwen was a banker and now turned gold miner.
He takes over this gold mine, and his geologists can’t tell him where the gold is. He gives them more money for geological data, they come back, they can’t tell him where to go into production…
He wonders, “If my geologists don’t know where the gold is, maybe somebody else does.” So he does a “radical” thing. He takes his geological data, he publishes it and he holds a contest on the Internet called the Goldcorp Challenge. It’s basically half a million dollars in prize money for anybody who can tell me, do I have any gold, and if so, where is it?
He gets submissions from all around the world. They use techniques that he’s never heard of, and for his half a million dollars in prize money, Rob McEwen finds 3.4 billion dollars worth of gold. The market value of his company goes from 90 million to 10 billion dollars

It’s More Important to Be Kind than Clever

Posted by Ian S on December 30, 2012
Posted in: Business Intelligence. Leave a comment

[B]y all means, encourage your people to embrace technology, get great at business analytics, and otherwise ramp up the efficiency of everything they do. But just make sure all their efficiency doesn’t come at the expense of their humanity. Small gestures can send big signals about who we are, what we care about, and why people should want to affiliate with us. It’s harder (and more important) to be kind than clever.

Collaboration as it is – Working together, alone – Part 6 | The Xpragmatic View 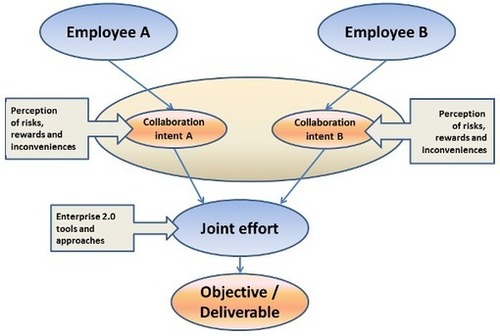 Study: Only 1% Of World’s Data is Analyzed, Less Than 20% Protected

EMC  Corporation today announced results of the EMC-sponsored IDC Digital Universe study, “Big Data, Bigger Digital Shadows, and Biggest Growth in the Far East”— which found that despite the unprecedented …

Close an IT infrastructure, open a digital platform

Digital technologies consume information, support capabilities and transform experiences for customers, associates and executives.  They do that in combination with core enterprise information and processing capabilities not in isolation from them.  This is a fundamental reality of a digital edge.  So-called ‘legacy’ resources are central to digital performance, capability, capacity and efficiency.  Managing these resources as a digital platform rather than a collection of infrastructures describes one of the ways CIOs can think through IT’s role in a digital world.

ADAPA is able to generate scores out of a variety of predictive modeling techniques expressed in PMML. PMML provides a standard way for the expression of predictive models. In this way, proprietary issues and incompatibilities are no longer a barrier to the exchange of models between applications. 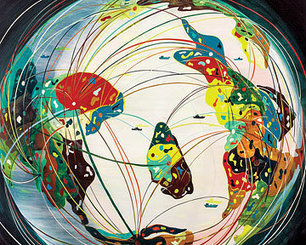 Wave One: virtual freelancers. Untethered work on a large scale began in the early 1980s, when a “freelance nation” of virtual workers using nascent e-mail networks emerged.
Wave Two: virtual corporate colleagues. Technology helped both sides address their concerns and thus prompted the second wave, which extended the freedom to work anywhere, anytime, to corporate employees.
Wave Three: virtual coworkers. As the second wave gained momentum, organizations began to realize that virtualization, although a boon in many ways, was compromising some traditional workplace benefits they had taken for granted.